Have you ever gone for a winter walk only to look up into a tree to see the UGLIEST, black knobby growths on its branches that look like a dog climbed up there and did its business?

What is Black Knot Fungus?

Black Knot is a common North American tree infection caused by a fungus called Apiosporina morbosa that affects both fruit-bearing and ornamental trees in the ‘prunus’ genus.

Sometimes called ‘poop on a stick’, Black Knot is characterized by hard black bumpy growths on tree branches and trunks.

What Kinds of Trees Does Black Knot Fungus Affect?

As mentioned above, Black Knot Fungus affects the prunus genus; however, not all trees in this group are equally susceptible. Some species tolerate Black Knot, meaning it doesn’t significantly affect its growth, and other species die from the disease.

Ornamental trees in Alberta that are sensitive to Black Knot include Purple-leaf Sand Cherry, Schubert Choke Cherry, and Mountain Ash.

Related:  For a list of different tree susceptibilities to Black Knot Fungus, see this article by the University of Minnesota:  Trees Affected by Black Knot

How Does Black Knot Fungus Grow?

Black Knot Fungus is native to and only a problem in North America.

People usually notice Black Knot Fungus when they see hard, black lumpy, irregularly shaped galls on tree branches.  A gall is an unusual growth, or in medical terms, it would be called a lesion.

This tumour-like growth can surround smaller tree branches and it also attaches to tree trunks. These galls are noticed more during the winter when the leaves are off the trees.

Black Knots are dormant during the winter and continue to grow when the weather warms up.

As tree buds begin to form in early spring, actively growing infective spores, called ascospores, develop on the surface of the Black Knot gall.  Optimal temperatures for ascospore development are 16-27 C (60-80 F).  These ascospores continue to develop for three weeks past tree blooming.

During warm wet spring weather, ascospores are discharged from the knot and spread via water droplets and wind currents to establish on fresh, young, actively growing, or injured branches.  Signs and symptoms aren’t apparent until autumn, and even in that first year, they are difficult to detect.

Black Knot Fungus grows slowly, and the progression isn’t noticed at first because the initial lumps are small and dark green with a velvety texture.  The gall becomes hard, black, knobby, and brittle as it matures.  Black Knots begin producing ascospores after their second winter.

Black Knot starts on one side of a branch and eventually surrounds it.  The early gall causes branch deformities as the branch angles away from the gall.

As the Black Knot establishes further, it eventually circles it, constricting the growth of the leaves and shoots beyond the knot, causing leaf wilting that turns brown and dies.

Black Knot Fungus can be tricky to control because it is often caught after it is advanced.  As it progresses, the disease spreads to the interior of the tree, which causes it to die.

How to Prune out Black Knot Fungus Step by Step

Black Knot Fungus should be pruned out during the months of January and February when the weather is well below freezing (-10 C / 14 F) while the knots are dormant to prevent the spread of this infection.

Wash or clean any tools you will be using before pruning and after each cut to avoid spreading the infection.  There are a couple of ways to do this:

Locate the gall, avoid touching it with the tools, and prune back 15-20 cm (6-8″) below the knot toward the next healthy branch collar, which is the raised circle around the branch as it emerges from the trunk.

Always make your cuts 2.5-5 cm (1-2 inches) outside the branch collar, and never cut off a branch collar because it will compromise the tree’s ability to seal the wound.  Avoid tearing or ripping the bark.

Intact bark is a tree’s first line of defence, as skin is for humans.

5. Get rid of the infected branches

Burn, or discard the gall and branch in a plastic bag.  Never place this in your compost pile or under the trees – the spores and infection will just continue to spread.

Give the tools one last thorough cleaning once you finish pruning to prevent the infection from spreading further.

Even though Black Knot Fungus is hard to catch and challenging to control it can be managed with early, consistent monitoring and pruning with clean tools. 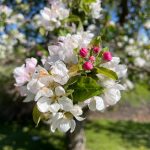 The Best Time to Prune Trees

One of the most frequently asked gardening questions is when the best time is to prune trees.  I hear it on gardening talk radio, it 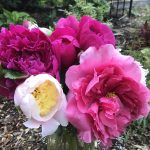 Peonies are a northern perennial gardener’s standby.   They are tough, hardy, drought-tolerant, and not to mention outstandingly beautiful on the plant and as fresh cut 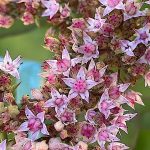 As August winds down and autumn shows its colours, know that some of the best of gardening is here!  Fall blooming perennials extend the joy 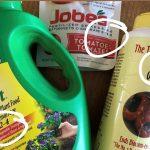 How to Understand Fertilizer Labels

Picking the right fertilizer for your plants can be difficult. If you’ve ever wanted to pull your hair out standing in front of fertilizer on 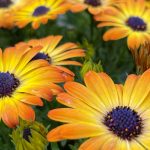 6 Ways to Care for your Garden in Hot, Dry Weather

Summer weather can be unpredictable and hot, dry weather can take a toll on a garden.  How can you help your plants beat the heat? 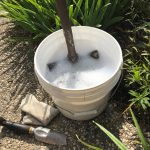 A Step by Step Guide on How to Plant Clematis

Clematis are beautiful perennial vines but they can be a little tricky to grow here in Alberta. Knowing how to plant Clematis so they will 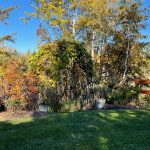 When and How to Plant a Tree

I would like to thank Jordan from Sunstar Nurseries Ltd. for his collaboration and expertise in putting this blog together. People often ask when the 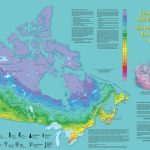 What are Plant Hardiness Zones and How Do They Work?

Plant hardiness zones are a powerful tool for professional and home gardeners. I always use them to help guide perennial plant choices for my garden. 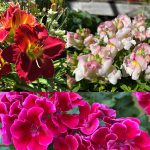 10+ Amazing Annual and Perennial Flowers to Grow in Full Sun

Fun in the sun!  When you think of a sunny yard, what comes to mind? A bright and sunny flower garden always seems to be 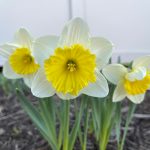 The Ultimate Guide to Fall Bulbs in Canada

As difficult as it is to think about, autumn is creeping up on us and the cooling weather of September and October is a perfect 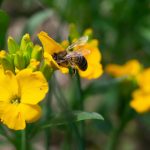 Isn’t the warm weather lovely?!?! As spring settles in, the pull to get into our gardens is powerful.  Previously, it was thought that the earlier 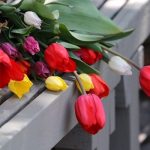 Everything You Need to Grow Great Tulips 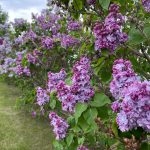 How to Grow Great Lilacs in Zone 3: Fragrance, Beauty & So Much More

Lilacs are wonderful shrubs for our Zone 3 Canadian prairies.  Each spring their fragrant blossoms grace our landscapes and table tops as we celebrate the 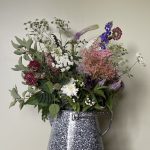 One of the best parts of summer gardening is cutting  fresh flowers to surround our indoor living spaces with bright colours and beautiful smells. Cut 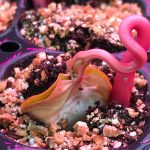 How do you start plants from seed? I am in awe of how plants unfold from seed to maturity.  I like to say it’s magical, 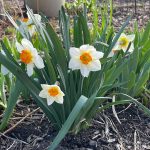 How to Grow Daffodils

Daffodils are one of those quintessential spring flowers that ring in the spring. Once you learn how to grow daffodils, you’re almost guaranteed a beautiful 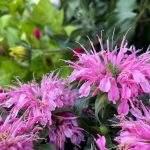 A Step by Step Guide to Successfully Moving Perennials

If you’ve ever planted perennials, you will eventually need to move one because gardens and perennials change as growing seasons come and go. I’ve compiled 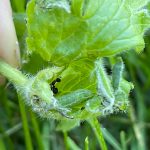 How to Get Rid of Delphinium Worms

Delphinium worms start showing up in gardens across our region at the end of May and the beginning of June.  Once these larvae get going, 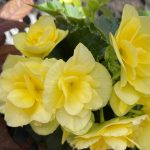 How to Master Your Shade Garden: A Complete Guide to Growing Annuals and Perennials in the Shade

Shady places are a gift on hot summer days. We gravitate to their shady, calm oases as they offer refuge from the heat, but some 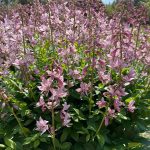 Summer heat and resulting drought can be brutal on plants. In this post, I will outline some of the best and toughest perennial kids on 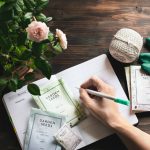 How To Plan & Design a Garden in 4 Simple Steps

Planning and designing a garden can be a difficult task. You need to know where in your yard there is more or less sun, protection 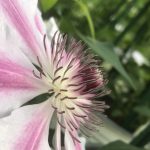 How to Care for and Prune Clematis

Clematis are called the “Queen of all Vines” for good reason.  Their show stopping flowers are the glory of a sunny perennial garden. However, as 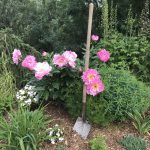 When is the Best Time to Move Perennials?

Gardens are never exactly the same from one year to the next.   And sometimes perennials need to be moved around in response to those changes. 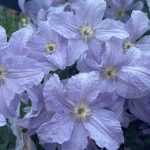 “Queen of all Vines” is one of the names for Clematis, and it’s rightly earned.  Clematis are beautiful perennial vines with some of the most 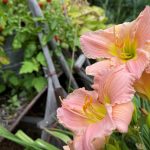 The Best Smelling Flowers to Grow in Your Garden

Growing fragrant flowers can be difficult as you want to grow the best smelling flowers for your garden that are complementary. Flowers have always been 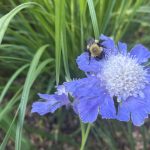 Supporting pollinators and developing pollinator gardens has become a passion for gardeners at home and at the community level. Do you ever wonder which flowers 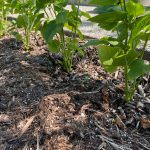 What is Mulch? Making Gardening Magic with Mulch

Ever wondered what one of the golden tickets is to decrease your gardening workload and be great for your garden at the same time? Using 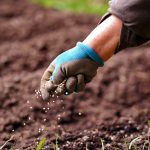 What is the Best Way to Fertilize Plants?

I’d like you to meet my favourite plant fertilizer.  We used it in our greenhouse system when I was the perennial grower at my family